Continuing our ‘All Kinds of Minds’ series where we dive into the lives of neurodivergent individuals around the world, we meet Irish journalist Melissa Carton.

We caught up with the mother of two, originally from Dublin, to chat about growing up feeling different, how neurodiversity has affected her media career and why she’s the obvious ‘phone a friend’ choice on ‘Who Wants to be a Millionaire’.

As a child, Melissa always knew that she viewed the world a little differently from her peers. This difference led to her being bullied and ostracized from activities, and as a child not knowing any different, Melissa assumed she only had herself to blame. During her time in secondary school, Melissa says, “I had some teachers treat me like I was a dunce because I couldn’t focus or I couldn’t pick up things as quickly as everyone else, which really affected my self-esteem”.

This lack of confidence in her abilities, spurred on by peers and teachers, caused Melissa to drop out of a number of college courses early as “the moment I began to struggle I just assumed I was stupid and there was no point in trying. It took a long time to feel confident in my intelligence again.”

At age 19, a university lecturer noticed Melissa was struggling to keep up, and so, suggested she seek evaluation from a professional. Initially assuming she had Dyslexia – which runs in her family – Melissa was diagnosed with ADHD, which by all accounts, “wasn’t a surprise.”

So how does her ADHD diagnosis manifest in everyday life? According to the Dubliner, “time management or putting things off until the last minute are the main downsides for me. The positives are, I’m great at multi-tasking and thinking on my feet.”

Having a different kind of mind also means that Melissa has tried her hand at a number of career paths. From science to styling, she sure is a Jackie-of-all-trades: “True to having ADHD I’ve tried my hand at a lot. I started off in theatre before moving to film and TV. During that time, I also did modelling jobs and worked as a stylist on shoots. Then I went back to college to study science and, while I was doing that, started writing for blogs and online magazines. I worked in a medical lab for about a year, but ultimately, went back to journalism which is what I’m still doing now”.

Being able to see things in a different way has, without a doubt, been a blessing when it comes to her creativity. ADHD fuels her imagination and, as she puts it, “helps me come up with a myriad of ideas at the drop of a hat.”

Despite enjoying a thriving media career, working for one of Ireland’s premier publications, Melissa still knows the harsh reality of stigma all too well; stigma around being “different”; not fitting “the norm”; standing out – something she now wears as a badge of pride. But it wasn’t always so straightforward:

“Even when I was first diagnosed, I didn’t really talk about it at all. I was afraid that people would start treating me differently. It took me a long time to feel comfortable talking about it. I think becoming friends with other people who have ADHD or dyspraxia, or autism has helped that. But, to be honest, even now I’m wary of bringing it up in situations like job interviews in case it’s held against me. It’s awful but there is still a stigma when it comes to neurological conditions.”

Being a mother of two and a full time writer, we wanted to know what a typical day looks like and how ADHD might affect her daily routine:

“I usually get up around 8am, help get the kids ready for school. After they’ve left, I’ll check my work emails and get working on whatever pieces I need to get done that day. I typically write about 3 articles a day but sometimes more. After that, the day varies depending on if I need to pop into the office (I work from home) or if there is a work-related event to attend. If I don’t need to do either of those things, it’s just about collecting the kids from school. In the evenings I make dinner and after the kids go to bed watch TV for a bit. I can’t sleep without some kind of white noise, so I’ll usually stick on some ASMR (autonomous sensory meridian response) on my phone to help me fall asleep. I don’t think it’s had a huge impact on my relationship or parenting, but it affects my sleep and nutrition. I find it hard to fall asleep and usually wake up once or twice a night. Food wise, sometimes I literally forget to eat! I thought it was just me and I was weird but talking to other people with ADHD it seems to be a common problem.”

All in all, Melissa now realises how her ADHD diagnosis, ultimately, has had a positive impact on her life, career, and sense of self. With a mind that’s constantly asking questions, she has amassed a great deal of knowledge on various subjects, even studying a post grad in Neurology so she could understand herself better.

“If ‘Who Wants to be a Millionaire’ was still a thing (is it still a thing?) I’d definitely be a ‘phone a friend’!” 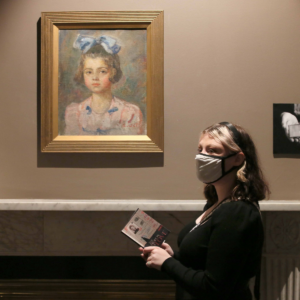 “Growing up a lot of people told me that what made me different were bad things, that I should water myself down to be more like everyone else. In reality, what makes us different makes us special and our uniqueness is something we should hang tight too, not throw away. Your brain is wired differently and that’s ok. You have a spark and a shine that is all your own and no matter what anyone might tell you, it’s a good thing. As someone now in her 30s, trust me when I say you’ll regret the chances you didn’t take because you were trying to please other people, but you’ll never regret being yourself.”

Each block of our conference is framed around a different level at which we can explore neurodiversity – Cells, Circuits, Cognition and Community. In themed seminars, workshops and panel discussions we will combine expertise from research and practice – with neurodivergent presenters represented in every part of the programme. ADHD is just one of the areas we will explore at the ITAKOM conference next year. To learn more about the ITAKOM Programme, visit itakom.org/programme-schedule.

Holly Sutherland on Autistic Communication, Diagnosis and the Neurodiversity Paradigm

Whitney Iles on Neurodiversity in the Criminal Justice System

This week, we were joined by ITAKOM Speaker and Founder/CEO of Project 507, Whitney Iles. Whitney holds multiple professional roles and has over 20 years […]