Dr Kathy Leadbitter dreams of a fairer, more inclusive world where we embrace differences; where diversity is celebrated; a world where people aren’t embarrassed about standing out. In today’s blog (and vlog!), we meet Kathy Leadbitter and hear about her research work, her hopes for the concept of neurodiversity, and why she is so excited about the forthcoming meeting of [diverse] minds, next year at ITAKOM.

Kathy will give her Keynote Talk at ITAKOM Day Two, 13:00 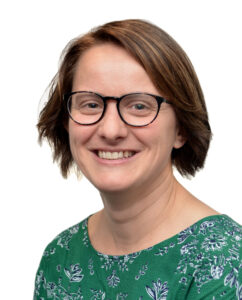 I’m Kathy Leadbitter and I’m a research fellow at the University of Manchester in the UK and I do research that focuses on autism, intellectual disability and other neurodevelopmental disabilities. My research attempts to answer the following questions from a few different angles. How can we provide care and support to autistic children and adults also including their families and a way that is evident, ethical, person-centered and scalable. What I mean is, it can be accessible and available to everyone who wants and needs it. My research mainly looks at the UK health and social care context but also on the context of care pathways in countries of South Asia.

At the ITAKOM Conference I will be speaking about the implications of the neurodiversity paradigm for care pathways and interventions for autistic children and their families. I will focus on the development, evaluation and implementation of care drawing upon our research embedded within the UK National Health Service and also within the health systems of South Asia. I will argue that intervention theory, practice and research must engage with and embrace neurodiversity as a concept and as a social movement. I will suggest critical next steps towards evidence-based neurodiversity affirmative care for autistic children and their families.

I am really looking forward to ITAKOM and being part of a next-generation conference. One that encompasses and celebrates all different kinds of brains and all different kinds of ways of being. A conference that contributes to changing the narrative around neurodevelopment differences and, as a result, changing the very real lived experience of neurodivergent people around the world. My research is traditionally focused on autism and I have always attended conferences around that, so it will be so informative and refreshing for me to attend a conference that focuses on neurodiversity itself but also different types of neurodiversity. I always enjoy conferences that include presenters and attendees who can bring a whole mixture of expertise and experience and not just academics and researchers. It makes for a richer discussion and it makes for a nicer atmosphere. As a researcher, it is critically important for me to understand neurodiversity from lots of different angles. So from research studies of course but also from different perspectives as well. Also, I know the team behind ITAKOM is working incredibly hard to ensure the conference is as accessible as possible. This means a lot to me, that people of all different kinds of needs and preferences can attend but also because an accessible conference makes for a more organised and relaxed event for everyone.

So for me the most important thing about the idea of neurodiversity is its potential to change the lived realities of neurodivergent people for the better. Neurodiversity helps us to reframe the differences we notice in others and in ourselves. Differences in the way we think, process, behave and engage with others. It moves us away from being scared or embarrassed about those differences. Instead, it moves us towards being at ease with these differences and accepting them and even welcoming of them.

While this shift can seem conceptual or philosophical in its nature. I think actually it is potentially very powerful in bringing about real and tangible differences to people’s lives.

Thinking about neurodevelopmental differences in terms of natural and valuable forms of human diversity can bring about real shifts, for example, in the way in which neurodivergent children are viewed and treated at school or adults in job interviews. This is important for the emotional wellbeing and mental health of neurodivergent people but it’s also really important for their material wellbeing and their basic human rights.

In terms of access to education, access to employment and access to healthcare. Neurodiversity has already started to change these things, in this regard, but there is still a long way to go. As a concept and a social movement it is setting us along the right route and, will hopefully, keep us along that right route. Until the world is a better and fairer place, for everyone.

Holly Sutherland on Autistic Communication, Diagnosis and the Neurodiversity Paradigm

Whitney Iles on Neurodiversity in the Criminal Justice System

This week, we were joined by ITAKOM Speaker and Founder/CEO of Project 507, Whitney Iles. Whitney holds multiple professional roles and has over 20 years […]